Edit
AMMA – Aziende Meccaniche Meccatroniche Associate – was founded in 1919 on the initiative of Giovanni Agnelli, who also became the Association’s first President. Right from the outset Agnelli played a leading role in the political and trade-union events throughout this period of exasperated conflict, which culminated in the occupation of the factories during the summer of 1920.

The advent of fascism and the introduction of corporative regulations in 1926 – which prohibited strikes and lock-outs and imposed obligatory arbitration for all trade-union conflicts – deprived AMMA of its independent status, and in practice turned it into a peripheral body of state bureaucracy. In 1933 AMMA also lost its traditional name and was renamed the “Consorzio Fascista industriali meccanici e metallurgici del Piemonte”.

The loss of autonomy in labour relations was compensated by other initiatives in sectors that were not regulated by restrictive legislation. In particular, the first “Exhibitions of Mechanics” were launched in keeping with the association’s pioneering spirit. These did much to keep the name of AMMA alive in public opinion and in the memory of Turin’s people.
It was therefore natural that, even before Liberation, the Turin Association of Metal and Mechanical Industrialists resumed its old name and readopted the mission and aims that it had pursued when it was first founded.
Save Cancel 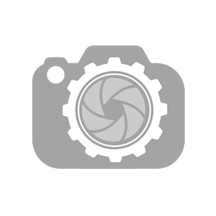 Top
""
translated to english
is the translation correct?